Cimabue painting in french kitchen it looks absurd, but no, this icon of the middle ages was  revealed to the art world only now. In the city of Compiegne in Northern France, an elderly woman decided to find out how much an old icon that hung over her kitchen stove costs. It turned out that this is a lost masterpiece of the Protorenessans era, the author of which is the Florentine artist Cimabue, who lived in the XIII century.

Cimabue painting in french kitchen has been hanging  for decades since the 1960s. The picture drew the attention of an auctioneer who came to evaluate the furniture in the house, as its owners were preparing to move. The family has always believed that it owns a simple icon from Russia. 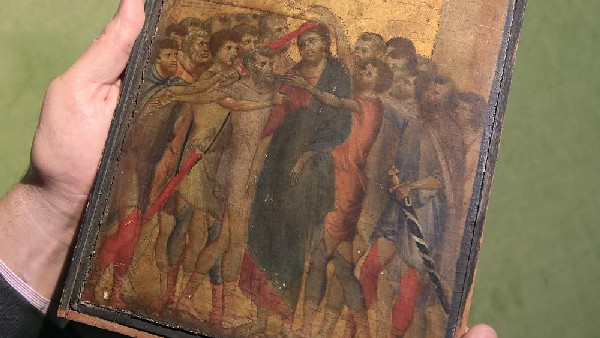 French art critic Eric Turkin says that there is no doubt about the authenticity of the painting.
The painting is called “the Mockery of Christ” and is part of a series of eight works by Cimabue, where he depicted “the Passion of Christ” and “the Crucifixion”.

Cimabue, also known as Cenni di Pepo, was one of the first artists of the early Italian Renaissance. His authorship was confirmed only in 11 paintings painted on wood, but none of them were signed by the author. The authenticity of the painting was confirmed by infrared reflectography. As it turned out, it was part of a larger diptych of 1280, when Cimabue wrote eight scenes dedicated to Christ. Two scenes from this diptych are in the National gallery in London and in the Frick Collection in New York.

It was expected that the Masterpiece will go under the hammer at an auction on October 27 in France and the price will reach 6 million euros. However, the Painting sold for a record 24 million euros and became the most expensive medieval painting ever sold at auction. It was purchased by private collectors from the United States. But the government has blocked the export… 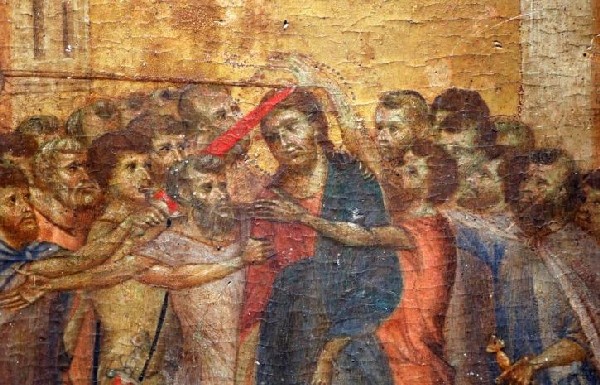 The French Ministry of Culture said it will work to acquire the painting so it can join the larger work of Cimabue, which is stored in the Louvre in Paris.

Now France has blocked the export of the work of art, classifying the picture as a “national treasure“. The buyers were denied the issuance of the export certificate. This step gives the French state 30 months to find the money to buy the canvas.