Claude Monet: 7 interesting facts about life of the great artist

Oscar Claude Monet (1840-1926) is the great French artist, founder and theorist of impressionism, which he followed throughout his career. Monet’s painting style in impressionism is considered classical, the artist sought to convey a momentary impression of what is happening. We present to your attention 7 interesting facts about the life of the artist.

At school, the boy did not differ in anything special, except for the ability to draw. His parents had a grocery store, which they hoped to pass on to their son. Contrary to his father’s hopes, Claude was drawn to painting from an early age, drawing cartoons, and did not think of becoming a grocer. 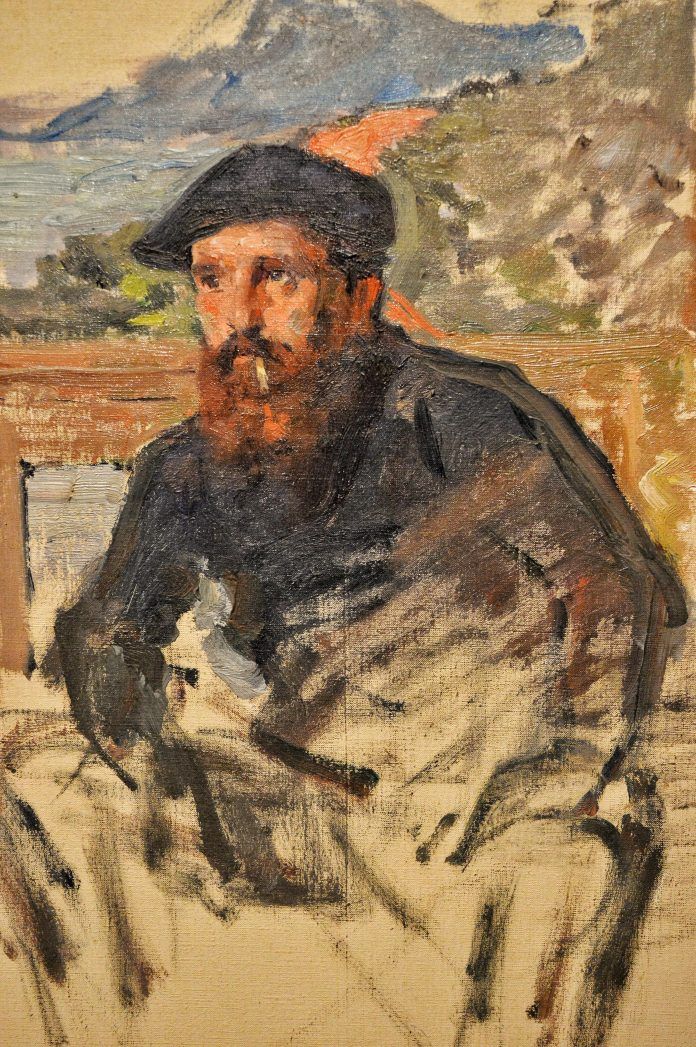 At the local salon, Claude’s successful cartoons sold for 20 francs. The young man’s acquaintance with the landscape painter Eugene Boudin – an Amateur plein air-also contributed to the hobby. The artist showed the novice painter the basic techniques of painting from nature.

To defend the right to choose a profession and helped his aunt, who took care of the young man after the death of his mother. Classes with Buden opened up to the future artist his true vocation-to write landscape from nature. In 1859, Claude had gone home to Paris.

Here he had worked in a Studio for poor artists, visiting exhibitions and galleries. The army prevented the development of talent. In 1861, Monet was called up for military service in the cavalry and sent to Algeria. 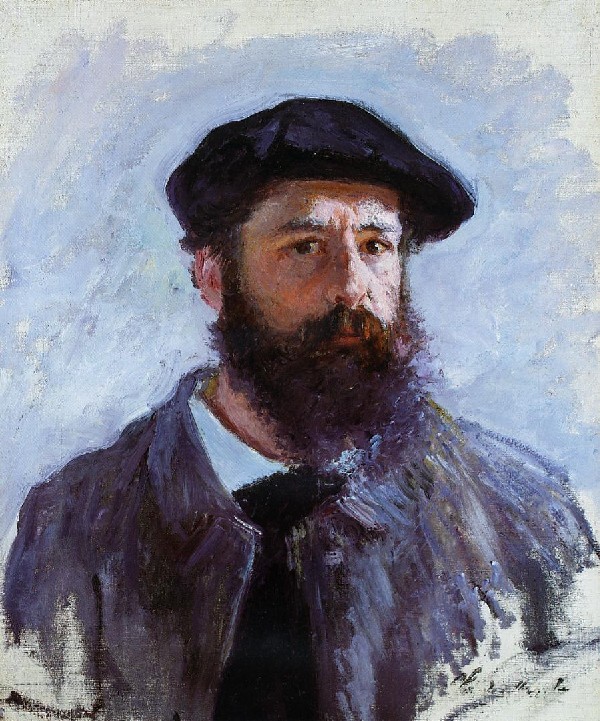 Of the seven years in the service, he will stay two years, because he will fall ill with typhus. He was also helped to return home by 3,000 francs, which his aunt paid to buy his nephew out of military service. After recovering from his illness, Monet enters the faculty of arts at the University, but quickly becomes disillusioned.

He doesn’t like the approach to painting that prevailed there. His desire to learn leads him to a Studio set up by Charles Glair. Here he meets with Auguste Renoir, Alfred Sisley, and Frederic Basile.

At the Academy, he met Pissarro and Cezanne. The young artists were of the same age and had similar views on art. Soon they became the backbone that United the Impressionists. 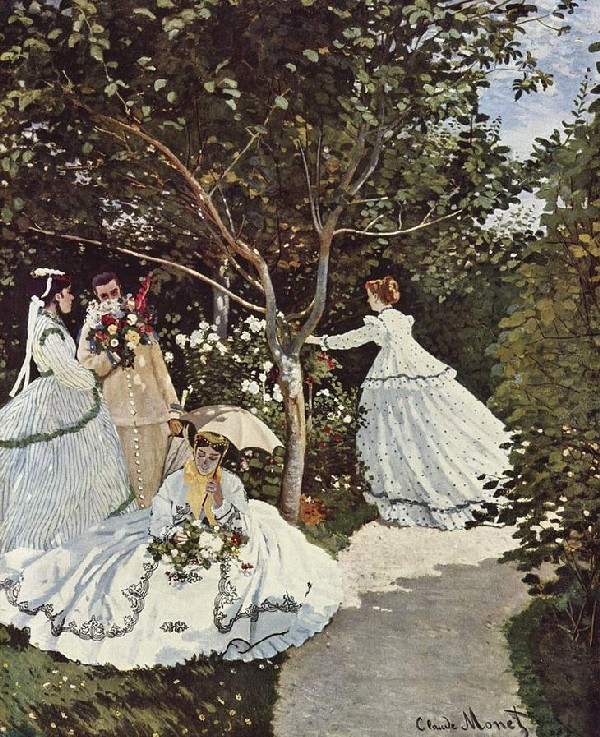 2. Claude Monet wife: he became famous at the age of 26, thanks to his beloved wife

The portrait of Camille Doncier, created by the artist in 1866 and exhibited in the salon, made him famous. The unforgettable painting “Camille, or portrait of a lady in a green dress” made Claude Monet famous, and the lady depicted on it became the artist’s wife. 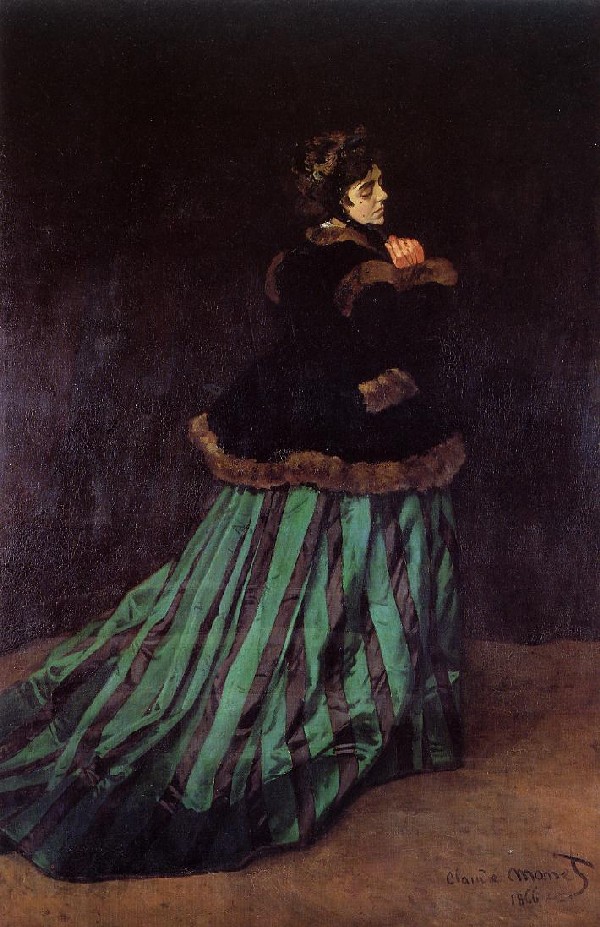 Pissaro, Renoir, Manet, Monet, and Zola dined every evening at the cafe Gerbois. Friends have long noticed that their conversations carefully listening to a very young girl, but looks only at Monet. One evening Claude got up, walked over to the girl, silently held out his hand to her, and they left.

From that day on, the two never parted. Camilla Danse — the daughter of a petty bourgeois of Lyons — were as smart and flexible as it is beautiful. She worshipped Monet, hung on his every word, and never gave him any trouble. 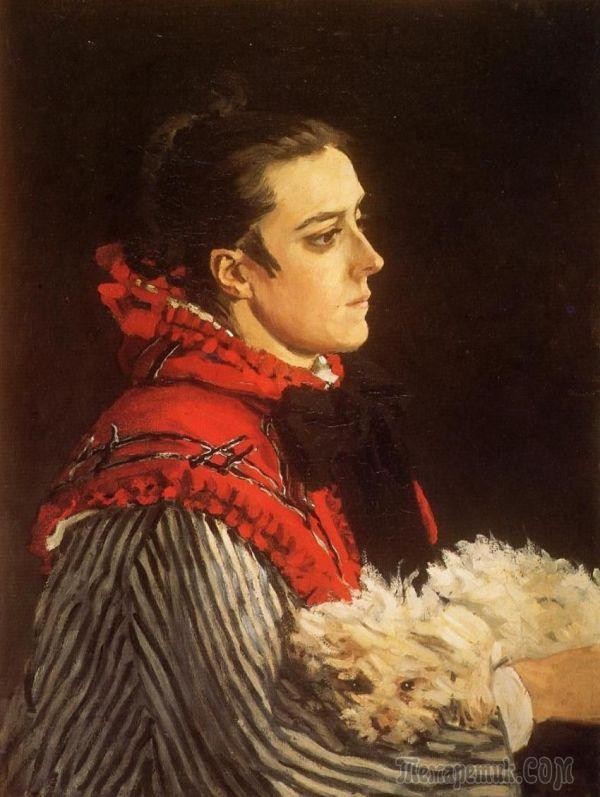 What did she find in Claude? He was very poor at that time. The young family lived in depressing poverty. Monet could not pay his creditors, and had to scrape the paint off his old paintings in order to continue working on the same canvases. 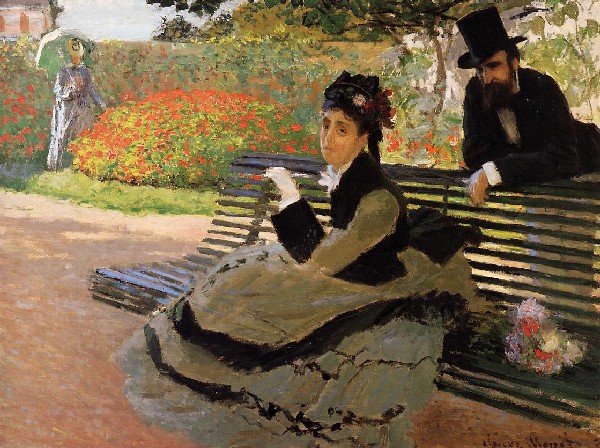 One day Monet learned that there was a certain art dealer in London who knew a lot about modern painting. Having placed Camille and her son with friends, he went across the Channel and found Durand-Ruel, the same merchant.

With his light hand, Monet’s paintings began to be sold and exhibited in expensive salons. Back in France, Claude showered Camille with flowers, jewelry and dresses, and in honor of friends threw a real feast. 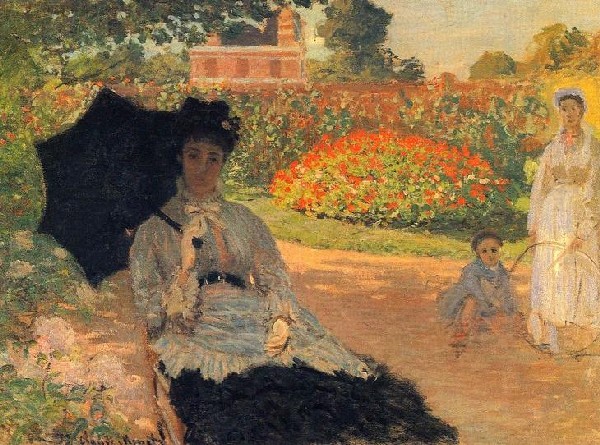 They lived together for only 15 years, became the parents of Jean and Michel, and were very happy. However, shortly after the birth of second son Camilla Donse died.

Her poor health could not stand the second birth. And after the death of his beloved wife, Monet will paint another picture. The one where his Camilla was lying on her deathbed. 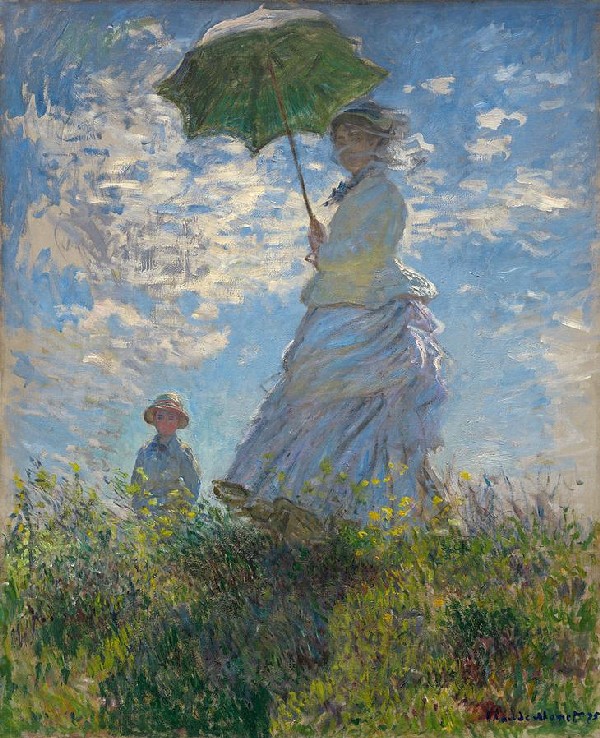 3. A new artistic movement was named by Claude Monet picture

The famous work of Claude Monet ” Impression. Sunrise». The name of this masterpiece expresses the essence of impressionism and was used by critics to define a new direction in painting. “Sunrise” was exhibited in 1974 in Paris.

A new artistic movement in painting, called “impressionism”, was a revolution in painting. To feel the immediacy of what is happening and to convey it on the canvas – a task that was set before the Impressionists.

Claude Monet was a prominent representative and founder of this trend. He was a plein-air artist who conveyed the natural, momentary beauty of the surrounding space. 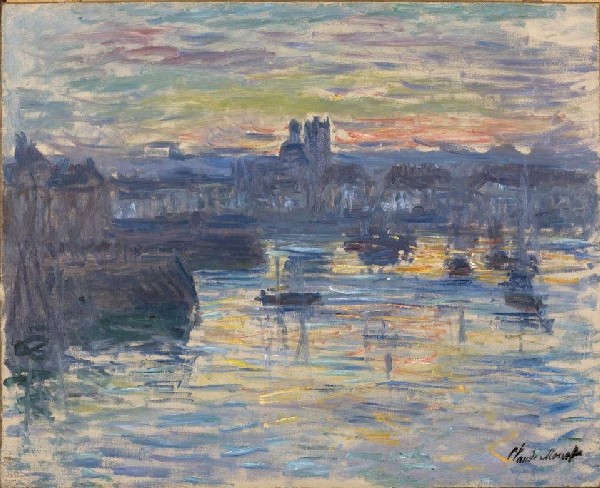 In the summer of 1869, in company with Renoir, he went to the open air in Bougeville. In the new paintings, painted in large pasty strokes, he refuses to mixed shades.

He writes in pure color and makes a lot of discoveries concerning the technique of painting, the features of chiaroscuro, the influence on the color of the surrounding shades, etc. so appeared and developed impressionism -an innovative direction in the visual arts. 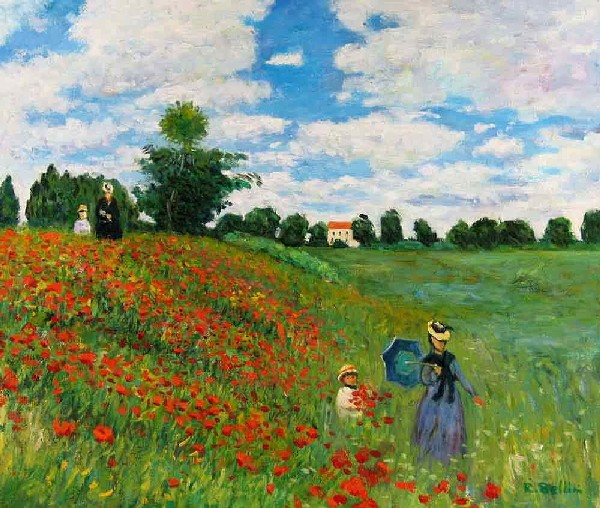 The famous artist was also a gardener who created his garden for 43 years. He found satisfaction not only in growing plants and contemplating the result of his labors. In the last years of his life, Monet went out with an easel to his luxurious garden and painted a lot.

The great laborer and “slave of his work”, as he called himself, tried to achieve perfection in the transfer of the beauty of the surrounding nature on the canvas. 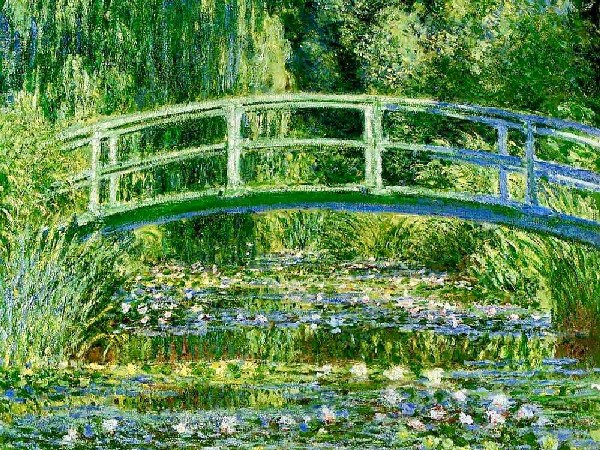 Day after day, year after year, Monet patiently created his garden. The artist’s eye and the gardener’s hands helped him transform an ordinary farmstead with fruit trees into a living picture, in which the beauty and variability of nature are transmitted through color combinations and forms.

After arriving in Giverny, Claude Monet immediately began to sow and plant flowers. The artist’s friends now gave him rare seeds. The villagers were astonished by this passion. One day in 1891, a farmer was about to remove haystacks from a field just as Monet was beginning his famous series of paintings. Then the artist paid him to finish the work. 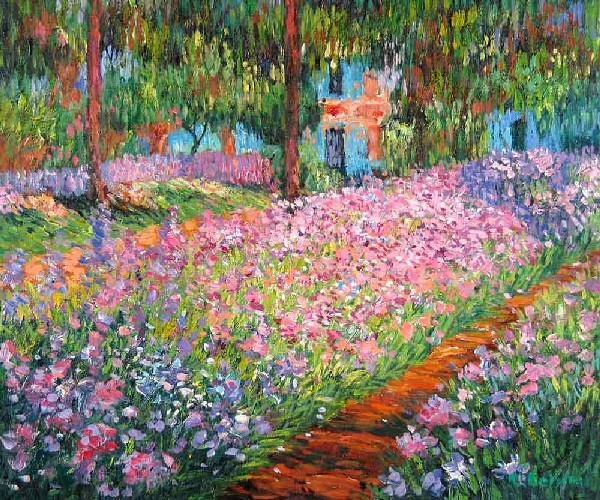 During this period, the artist develops a new technique. He writes several pictures at the time. In this way, he tries to capture the changeable lighting. A session of painting on one picture could be half an hour, then he moved on to another to catch and convey another momentary impression. 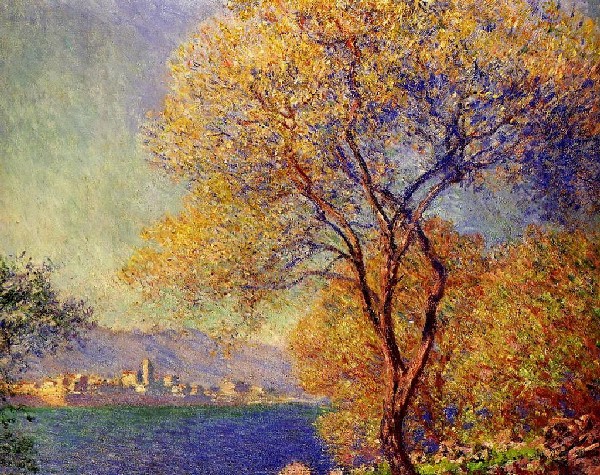 For example, a series of his paintings depicting Cape Antibes, presented in the morning, noon, autumn, summer and spring lighting. 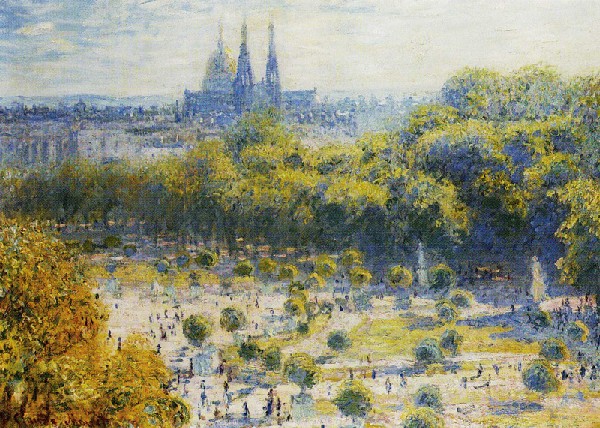 The idea of the series, which were destined to become masterpieces of painting, began to take shape after writing several views of the Tuileries garden and the Paris Saint-Lazare station. 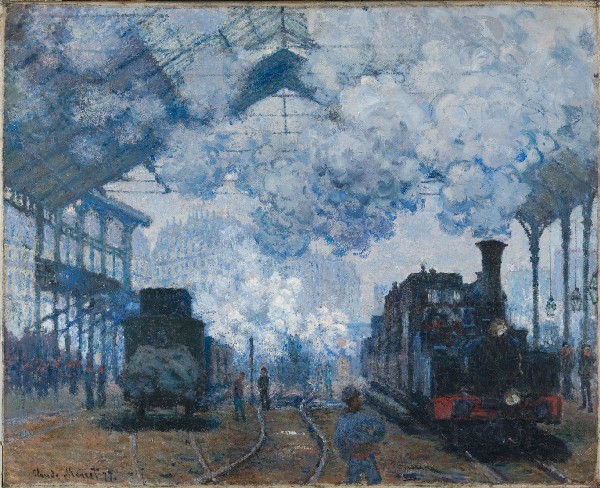 It is important that in the series” Gare Saint-Lazare ” paintings complement each other, they are interconnected. This distinguished the series as a kind of conceived unity from any other group of landscapes painted in the same place, but independently of each other. 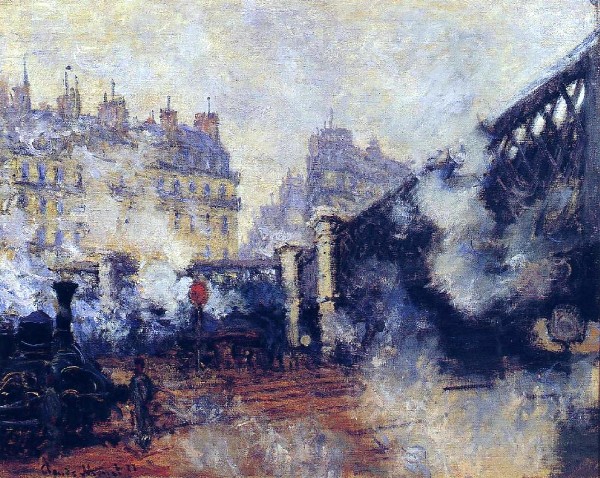 Monet wrote the next significant series called “Haystacks” in 1891, and it consisted of 22 works. The beginning was the painting “Haystack in Giverny” in 1886. 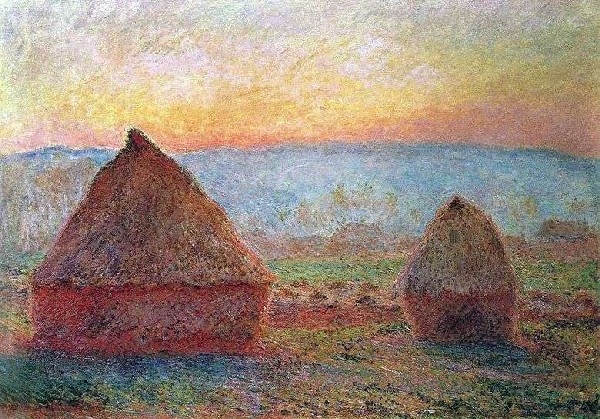 Since the beginning of the 90 – ies in the work of Monet, the attraction to serialization of works is rapidly increasing. By this time, other Impressionists – Camille Pissarro and Alfred Sisley-were also turning to landscape series. 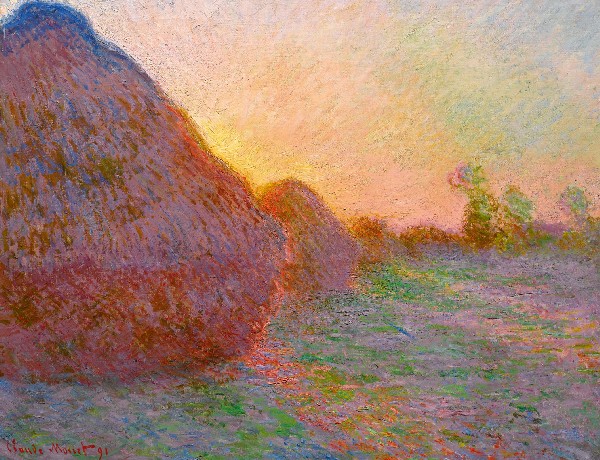 But in his series, Monet sought to create his own style of painting, more refined and expressive than the combination of techniques that can be called impressionistic style of writing. 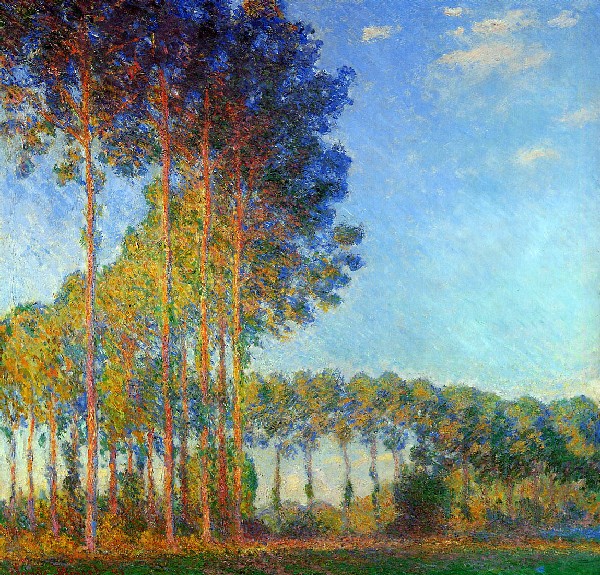 Techniques of his new style of painting are revealed in the next series of “poplar”, which tends to decorative composition. 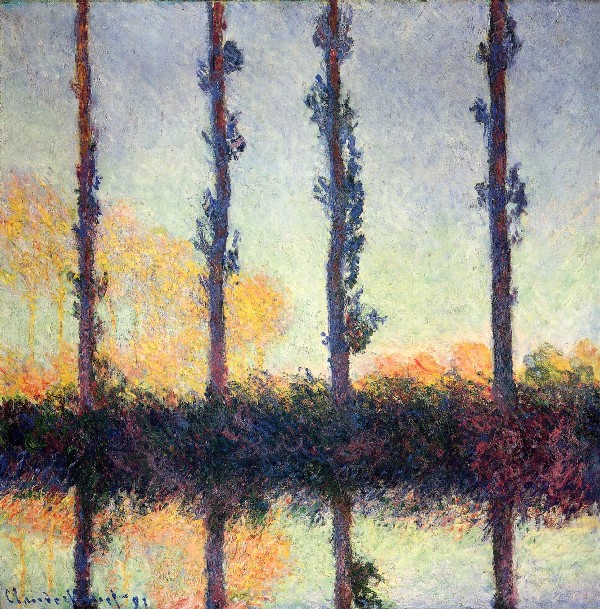 From “Poplars” the artist goes to the theme, as if again returning him to the observation of the whimsical and changing play of light and shadow, the flow of time-he writes a series of “Rouen Cathedral”. 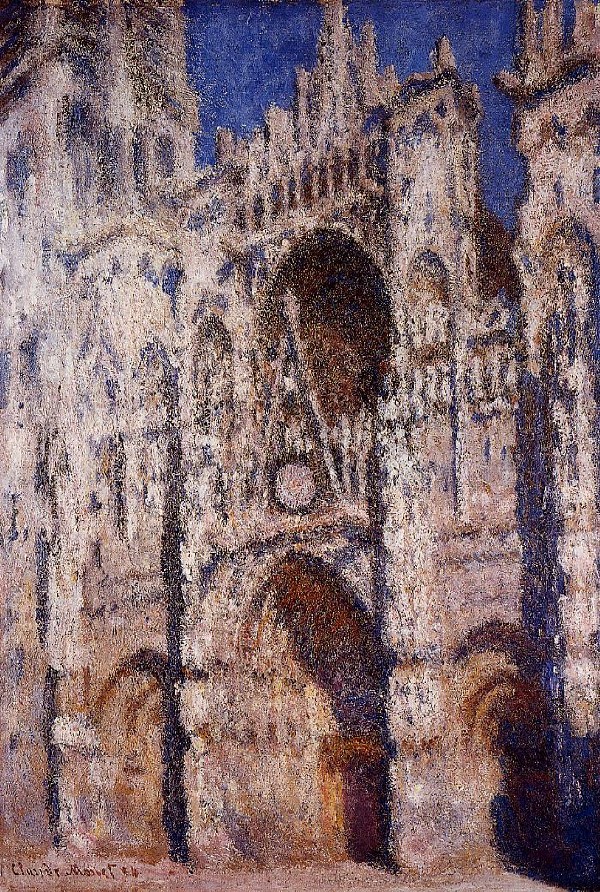 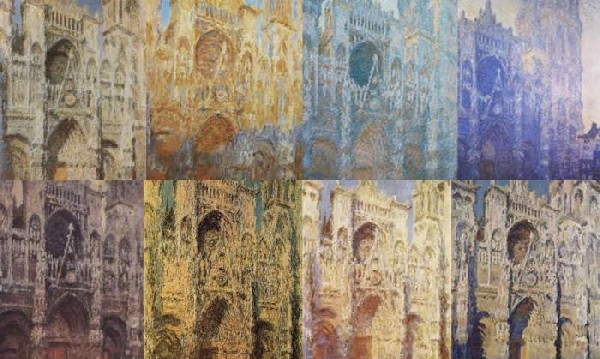 6. One of the most expensive artists

The work of Claude Monet is in the TOP 3 most expensive painters. The average price of paintings — $7.799 million. the most expensive of them (“Water lilies“, (1905) is estimated at $43 million. Works are stored in museums around the world. Russia, great Britain and the USA are considered to be the major owners of the artist’s heritage. 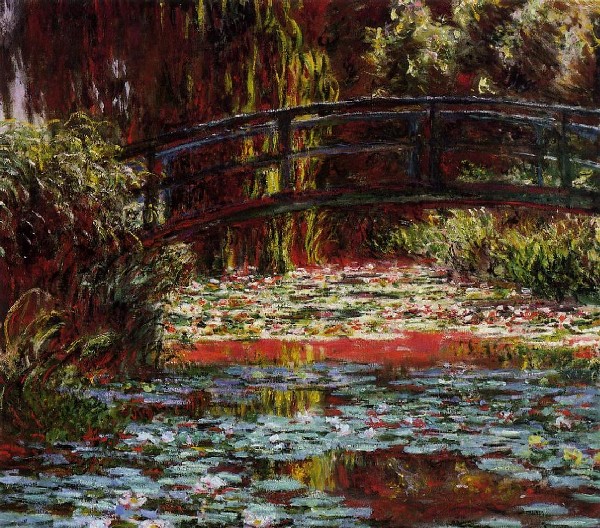 The artist lived a long life fof 86 years (the average life expectancy in France at that time was 56 years).

He always kept to his daily standard. Many of his daily habits were good for his health. He got up with the first rays of the sun, and went to bed with the sunset. The highest value of sleep in the period from 23: 00 to 3: 00 am. He was physically very active. Claude Monet worked only in the open air. In search of nature for the landscapes took a lot of kilometers. The inclement weather and scorching sun did not stop him. 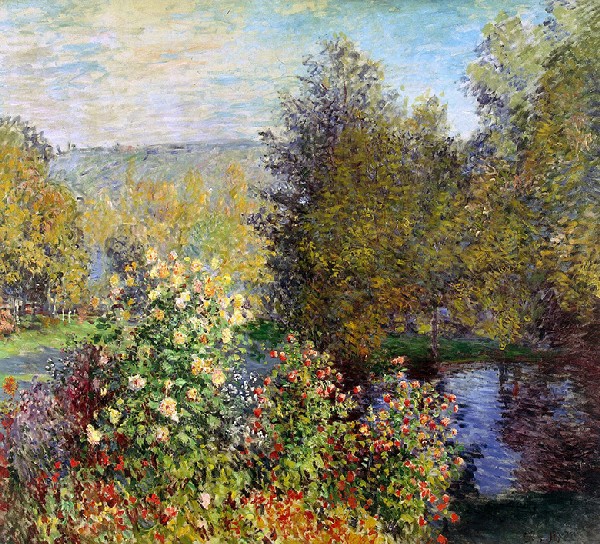 He had healthy diet. Claude Monet always had Breakfast and an early dinner. He liked meat and vegetables, seafood, daily ate salads and dressed them with olive oil. 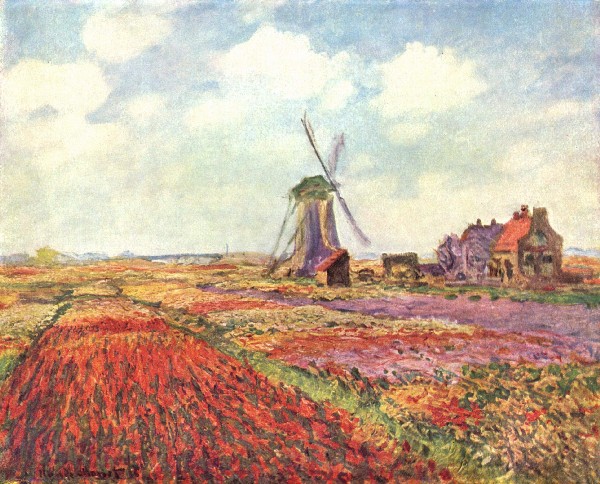 And the main – Claude Monet devoted his life to his favorite work and painted until his last days.
Monet often frowned and was in a bad mood.

However, like no one else, Monet was able to enjoy the little things-the main happiness for him — a successful work!