Impressionism – the desire to capture the surrounding world

The year of birth of the new artistic movement impressionism is 1872. Where does this accuracy come from? This year, a group of artists were rejected by the Paris salon, the annual exhibition of the Academy of arts.

These artists staged their exhibition “Society of anonymous painters” on the Boulevard Capuchin. One of the paintings presented at the exhibition was called ” Impression (impression). Sunrise”

The public reaction was like an explosion of french impressionism, and many critics were “killed”. One of the fashionable art critics at the time, Louis Leroy, wrote a devastating article about the fact that now in painting it is already possible to exhibit unfinished sketches at exhibitions.

Such artists called as Impressionist artists ( impressionists) , using the name of the picture Monet. The sediment from the article passed, and the name stuck. Perhaps Louis Leroy would have been very surprised that he gave a name to the hated direction. 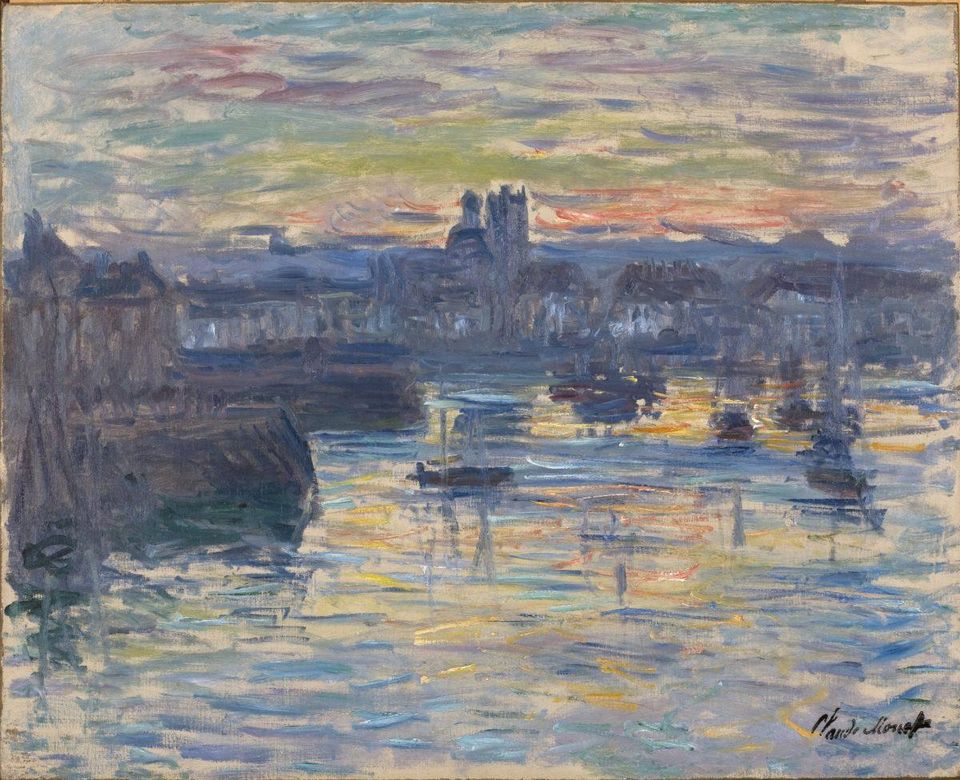 Impressionism emerged as a trend in painting, opposing classicism. The younger generation of artists are tired of painting Greek goddesses, Madonnas with babies and events of ancient Roman history. Where is the life that surrounds us? 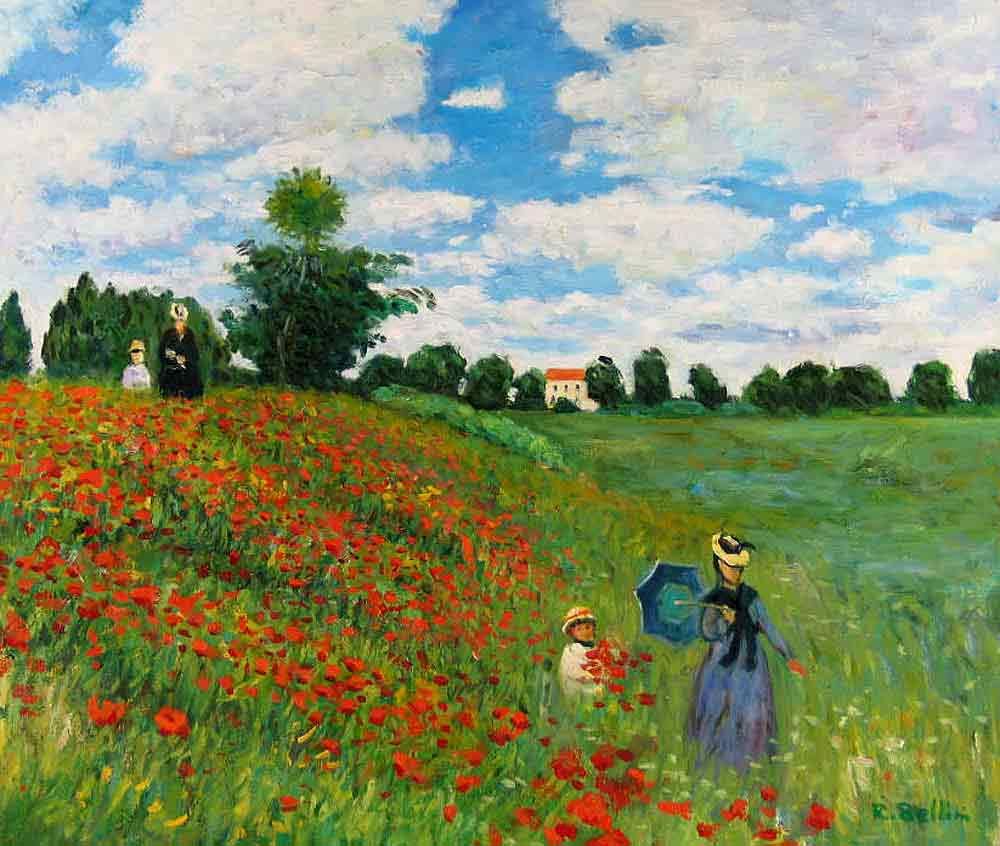 It is also worthy of being captured on canvas! And it is necessary not to draw tiresomely for hours, but to make an impression. Life is rushing along too fast to draw every hair. You need to catch the moment.

The Impressionists imposed a ban on the word “plot”. There should be no subjects in painting. Only motives. If an artist comes up with a story, builds a composition, he loses the moment, flying forward, and this is not life at all, and the Impressionists should just show what is happening around, capture like a photographer.

By the way, just at that time, 70gg of the 19th century, photography began to actively develop and find its fans. For example, the impressionist Edgar Degas was an avid Amateur photographer: photographed, he developed pictures.

Most of all Degas liked to draw ballerinas and horses, he tried to capture the movement, as in the photo. His famous painting “Blue dancers” depicts dancing ballerinas, without a plot, without details, even without faces. There is a version that it is not several girls, but one – at different moments of the dance.

One of the characteristic features of impressionism art- the light of the sun.

The main genre of this direction is landscape. Impressionists climbed out of the dusty classrooms and workshops into the air. They preached that an artist should paint “in the fields,” in the open air, captivity-era.

The mood of impressionist paintings is light. They seize the moment and do not seek to show drama. Therefore, a Sunny landscape is exactly what you need.

One of the founding fathers of impressionism Claude Monet made a landscape masterpiece out of his garden and painted it for 40 years! Monet worked exclusively in the sunlight and went to bed just after sunset. “If the sun has already fallen asleep, what else can I do?”, “said, Claude Monet.

The new trend differed from academic painting in technical and ideological terms. Color and form become Autonomous components of the image. For impressionism, it is not so important what is depicted in the drawing, but it is important how it is depicted. 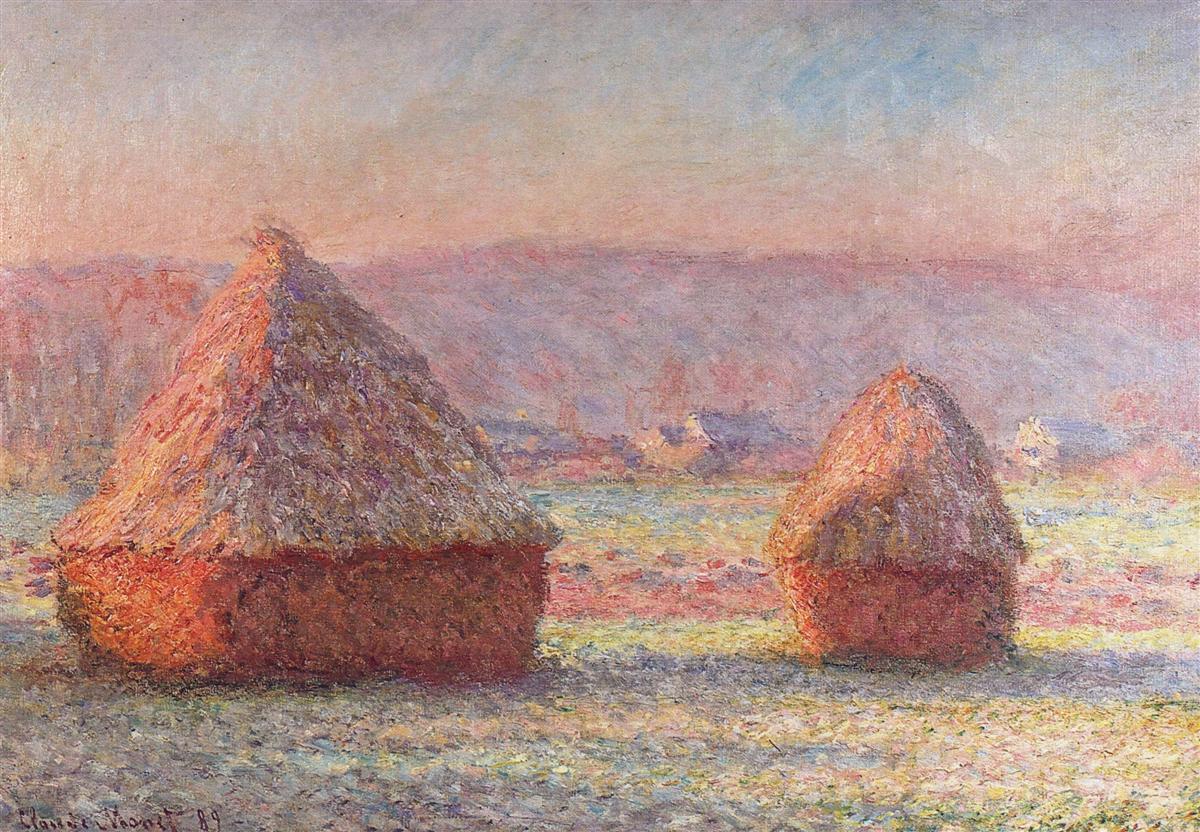 Impressionist paintings do not bring social criticism, do not touch on social problems such as hunger, disease, death, representing only the positive aspects of life.  The biblical, literary, mythological, and historical subjects inherent in official academism were discarded.

Instead, there was a vision of everyday life and modernity. Artists often drew people in motion, during fun or recreation, represented the view of a certain place in a certain light, the motive of their work was also nature. 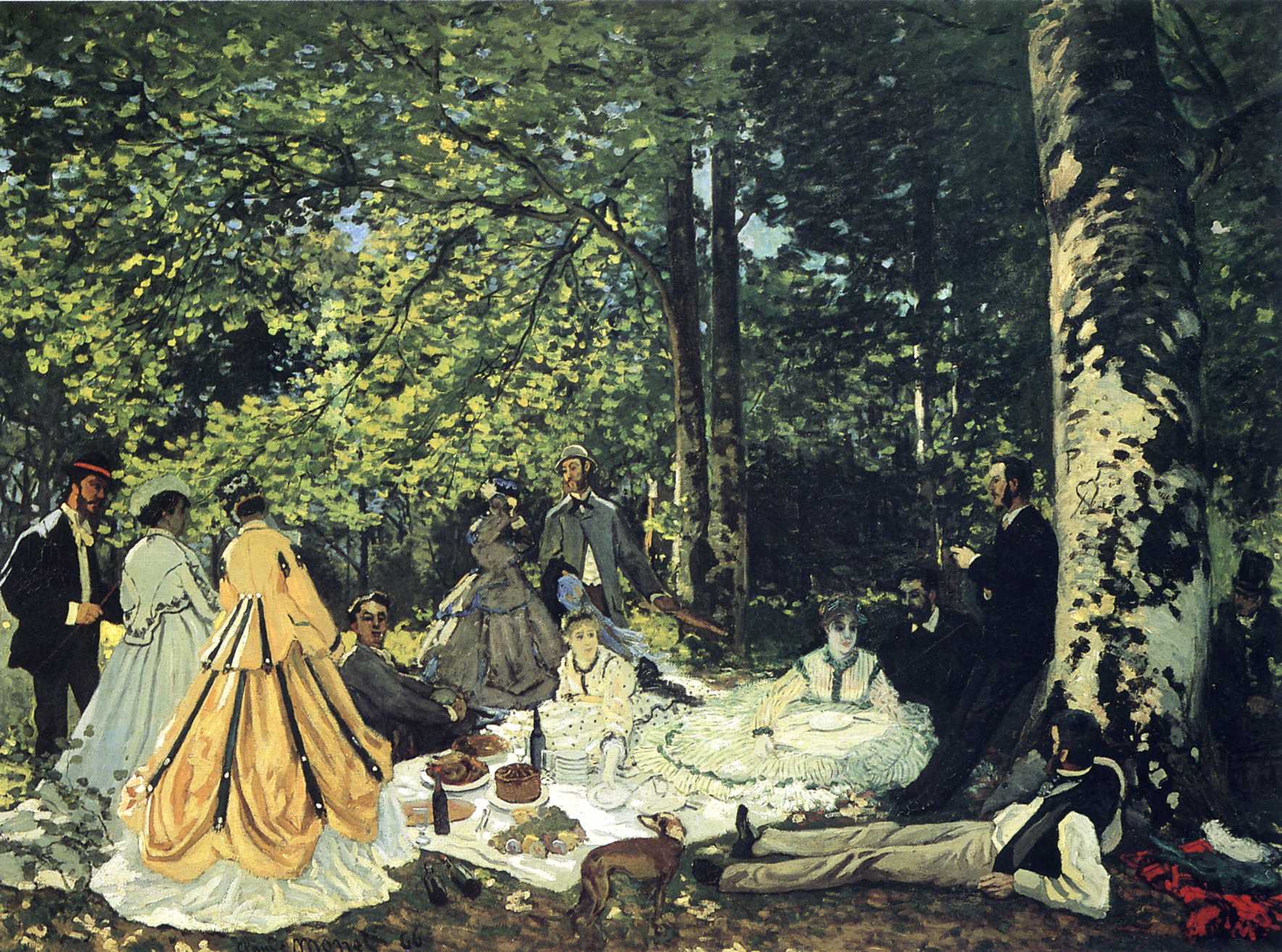 There were stories of flirting, dancing, being in a cafe and theater, boat trips, on the beaches and in the gardens. If you look on the paintings of the Impressionists, then life is a turn of small holidays, parties, pleasant pastimes in the country or in a friendly environment.

The Impressionists were one of the first to draw in the air, without finishing their work in the Studio. 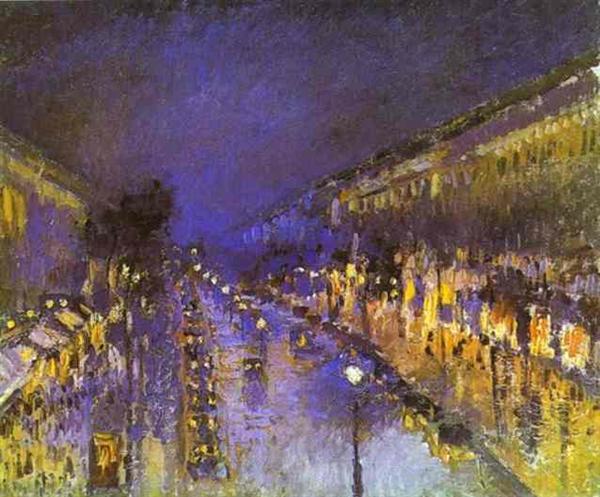 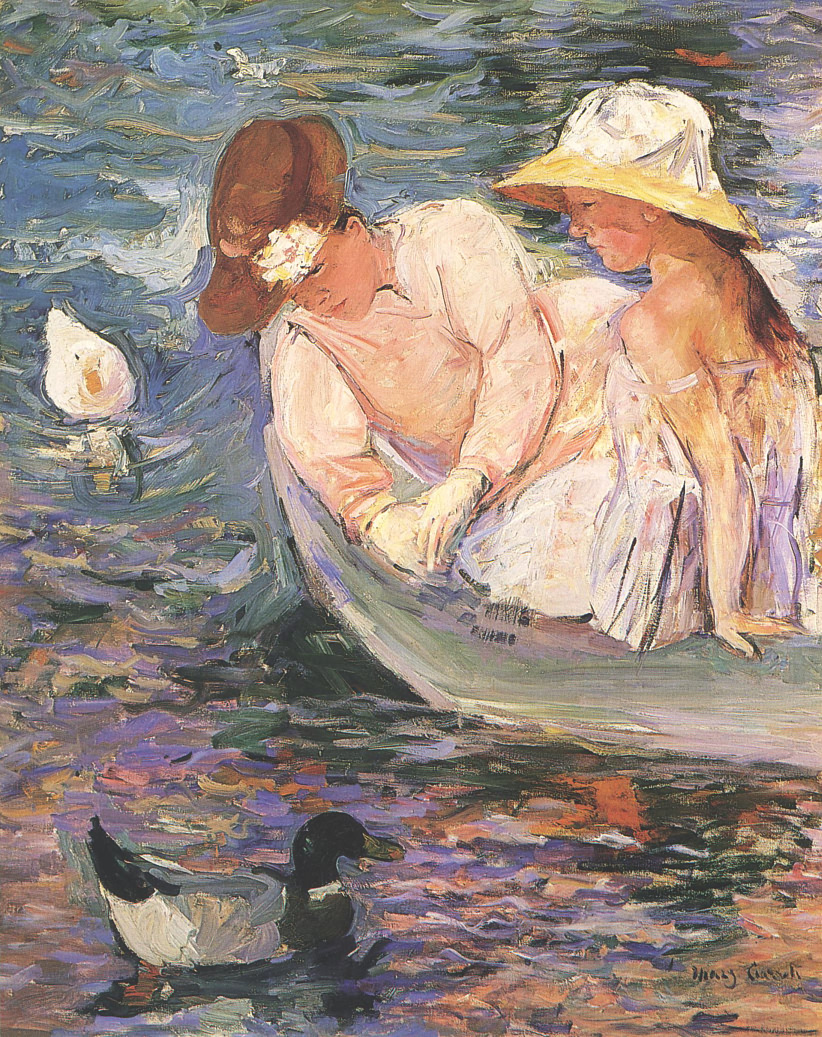 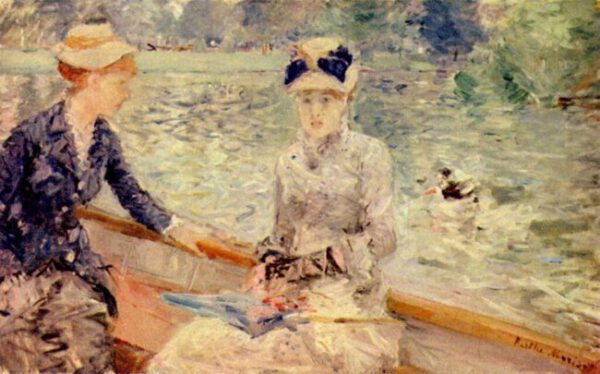 The end of impressionism

The new direction revolutionized painting, but very quickly the young artists felt the limitations. To write without a plot, without a plan, mostly landscapes – all this is an unnecessary framework. A new generation of artists said “thank you” for the approval of the opportunity to write in a new way.

But they wanted to develop further, to put their views, mood, thoughts in the paintings. So there were post-Impressionists: van Gogh, Gauguin, Cezanne, and others.

Zentangle Doodle Mandala what is difference?